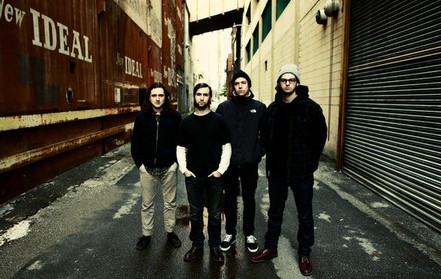 Xerxes took shape in early 2009 in Louisville, KY. What was once may soon again be the hub of some of the most ferocious and original music coming out of the country's punk and hardcore underbelly. Xerxes' sound channels the energy and passion of mid-90's originators You and I and Saetia, while adding the more upbeat and brutal thrash mentality of contemporaries such as Trash Talk and Ampere, making for a sound that runs the gamut of blast-beat aggression and emotional rumination.

Xerxes have announced they'll begin recording their debut LP in early September with Kevin Ratterman (Coliseum, My Morning Jacket) at the Funeral Home in Louisville, and will be kicking off close to a month of US tour dates around the Midwest and East Coast in May, followed by US tour dates with Native, Former Thieves and more this Summer.